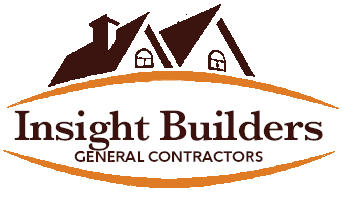 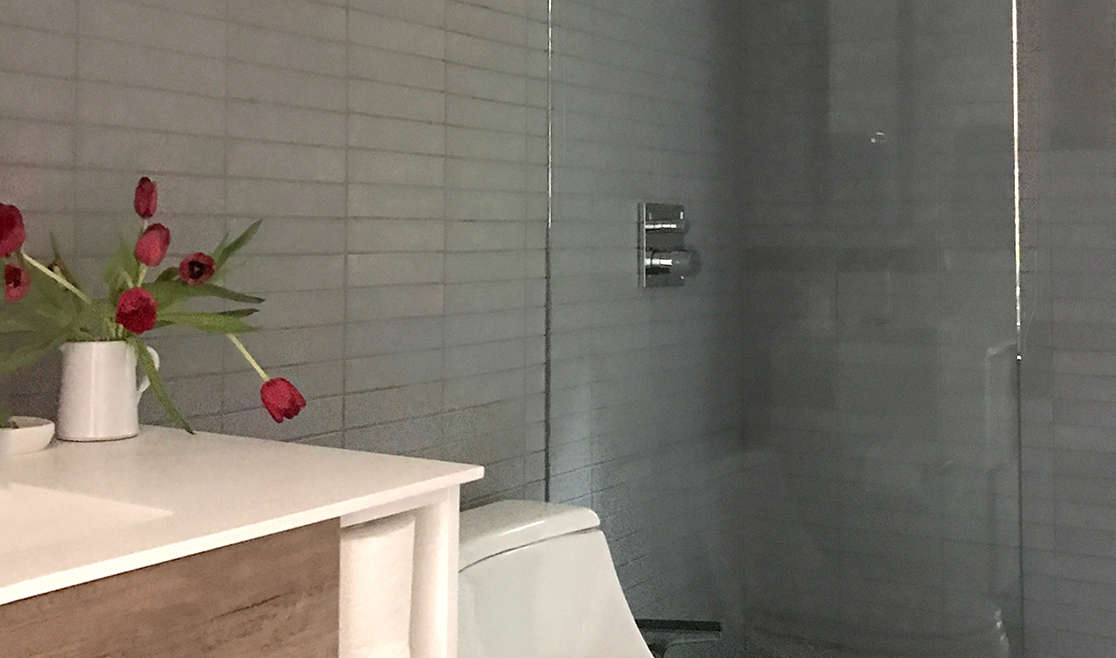 Friends of mine asked me to correct a layout mistake that they had made when they bought a 1960’s vintage hillside home in Mill Valley. The problem was that they had put their very large built-in SubZero refrigerator in a wall in the middle of their kitchen, and it blocked the flow, and view, on the otherwise open layout between the kitchen and dining room. They asked me to move the fridge to a side wall, take down the offending wall, and make an island where the fridge had been.

Along the way we decided to update the cabinets and throw in a guest bathroom while I was at it. Wood Creek Company built the cabinets, the Countertops were made and installed by SurfaceArt, the electrical was designed and installed by Greenwood Electric, and I did everything else.

The only challenging part of this job, logistically speaking, was that it happened over the course of the 2016 election, and the owner was distraught over the results of that election. The resulting layout was a great improvement over the original, and the owners had exquisite taste in choose fixtures, colors, and materials for the job.

The SubZero was so heavy that it compressed the hardwood floors as I rolled it into a temporary position to allow it to be used while the work went on. Luckily, the floors were sanded and patched during the course of the job. I overlaid the floors with a protective ThermoPly to avoid any further compression.

With the fridge gone, the demolition of the wall came next, and we brought in a structural engineer to confirm that things wouldn’t fall apart as a result of the wall removal. The wall came out pretty quickly, and the cabinets were next, with the drywall on the ceiling following closely behind. With all of the room opened up I brought in Joe Greenwood to consult on the light layout and wiring, which happened next. We decided upon track lights on the newly exposed ceiling joists, so we needed to get wires and switches set to power them.

The existing windows in one wall were removed to provide more wall space, which got new floating shelves that each had lights set into the bottoms of them. The exterior of that wall got new custom milled redwood siding to match the original, and the hole from the window disappeared. The old stainless hood came down, and I built a custom enclosure for a new hood, wired with lights and a fan.

The exposed ceiling joists needed some filling, sanding, and three coats of primer before the final paint, which brought it up to the same appearance as a previously exposed area of the joists, just outside of the kitchen area, where the wall came down.

The floor got repaired, the cabinets got built and set in place, and the countertops were placed. The finish trim on the lights and the plumbing gave the kitchen a sense of completion, and then we were off to the bathroom.

There were a number of things that had been done concurrently with the kitchen: demolition, installation of the new window, electrical, drywall, and painting. Now I could focus on the tile work. New Schluter liner, new Thermostatic controls and drains, and prep for the floor got me ready to lay tile. The tiles that the client picked were very hard Heath tiles, some seconds and some firsts, but all handmade and mostly varying sizes and shapes. The key to setting handmade tiles is to determine the pattern in the molds that they were using to make them, and then pay attention to how you are installing them. Mostly, each box of tiles has a different set of characteristics, making for a challenging installation. She had chosen three different black tiles for the floor, curb, and shower floor, and grey wall tiles. Two different grouts, and a custom glass screen really set this bathroom up for a modern, classy look. She chose a wall-mounted vanity, with a beautiful sink and lavatory faucet. The mirror above the sink floated on the tiles above the sink, and the lights had been located in a new soffit above the sink to illuminate the different areas of the sink, with another downlight over the toilet.

The glass block in the wall was replaced with a casement window, allowing the person in the shower to open the window, if they want to.

Both parts of this project turned out well, and the combination of them together brought the client closer to realizing their dream of a complete remodel of their beautiful home.